Our first level includes a fundamentals program for beginner to intermediate practitioners, where our friendly instructors will give you the individual attention you need your first day to learn basic positions and techniques in a welcoming environment. In this program you will also improve your overall fitness level. There is no experience required and you do not need to be in great shape to start. We will build you from the ground up. Fundamentals classes begin with a warm-up consisting of Brazilian Jiu Jitsu-specific movements and a majority of the class involved technical instruction to teach basic position and techniques. 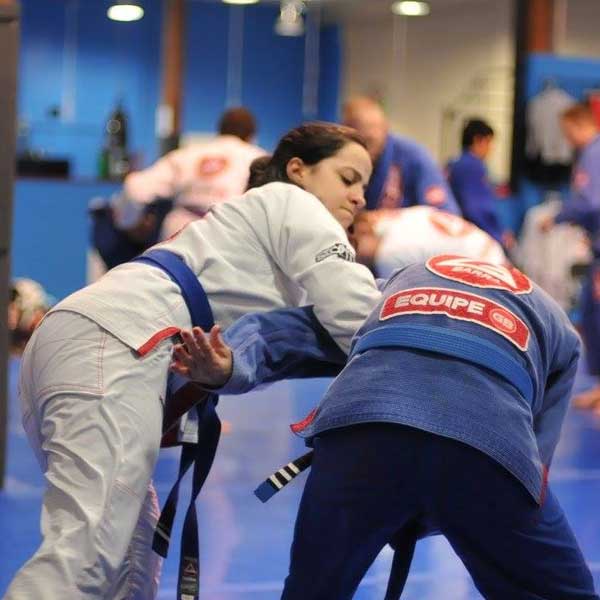 Improve your fitness the fun way

Our advanced program is offered to intermediate to advanced teens + adults teens and adults. Technical instruction includes more advanced positions and techniques that often involve multiple variations. Transitions between more complex techniques are taught to teach students to think several steps ahead. The end of class is spent on several optional rounds of live sparring. 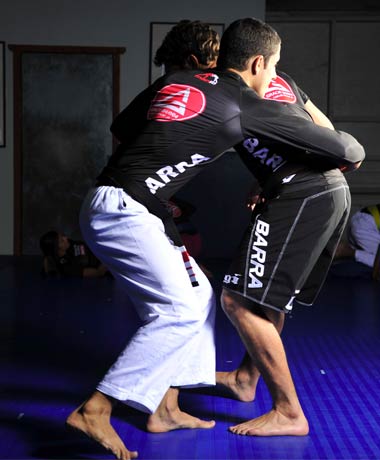 Compete in tournaments if desired

Brazilian Jiu-Jitsu (BJJ) is universally regarded as the most effective form of ground fighting. BJJ enables a smaller, weaker individual to successfully defend against a larger and stronger attacker by using leverage and proper technique, where then a match or self-defense situation can be ended after striking or applying a submission such as a choke or joint lock— making Jiu-Jitsu highly popular for self-defense training. This style of submission grappling is proven to be the most practical and effective form of ground fighting because the founders– the Gracie family proved this martial art’s effectiveness in numerous open challenges. The pinnacle of the Gracie Challenge was Rorion Gracie’s creation of the UFC (Ultimate Fighting Championship). In the first UFC event, the founding family intentionally chose one of their smallest members, Royce Gracie, who entered the inaugural tournament and defeat every larger opponent, proved the effectiveness of technique with relying on strength.

…and intro session absolutely FREE! GET STARTED
Getting started at Gracie Barra is easy
Schedule your Free Week

…and 1st month FREE if you decide to join!

Drop Us A Call